Infections top 3,000 in Bangkok as capital region braces for curfew and closures 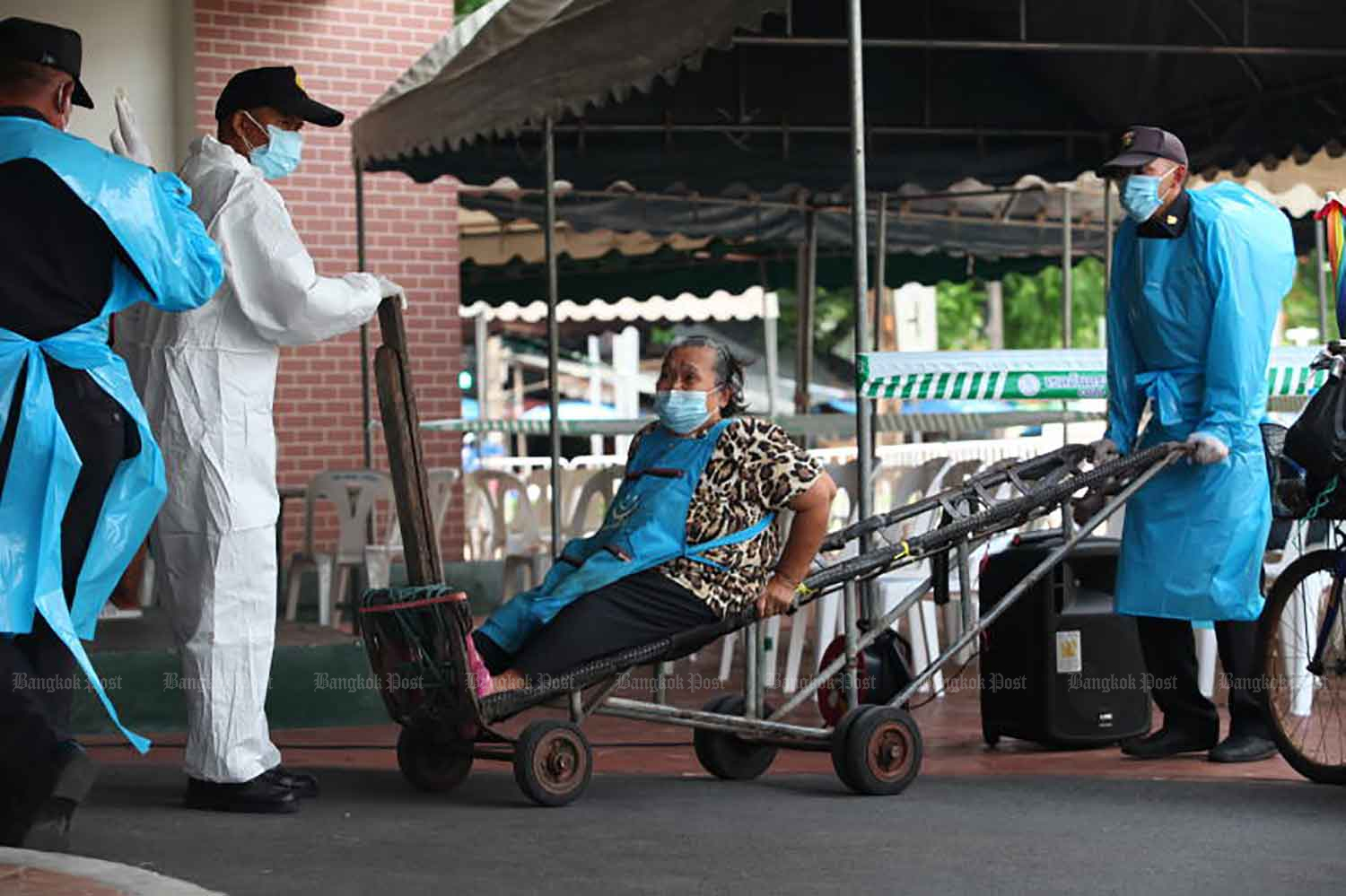 Medical workers use a handcart to move an elderly woman to a Covid testing site located in Mahanak fresh market in Bangkok’s Dusit district on Friday.

Ninety-one Covid-19 fatalities and 9,326 new cases were reported on Saturday, according to the Public Health Ministry.

Of the new cases, 9,134 were found among the general population and 192 among prison inmates.

Over the past 24 hours, 3,841 patients recovered and were discharged from hospitals.

Since April 1, when the third coronavirus wave began, there have been 297,969 patients, 216,492 of whom have recovered. Since the pandemic started early last year, 336,158 people have contracted the virus and 243,918 have been discharged from treatment.

The death toll was 2,531 in the third wave and 2,625 from the beginning of the pandemic early last year. The previous high of daily Covid-19 fatalities was 75 on Thursday when the country logged 7,058 new infections. The increasingly rapid spread of the virus prompted authorities on Friday to announce tougher containment measures in the 10 hardest-hit provinces, effective from Monday and lasting for at least two weeks.

The 91 new people who died, 47 of whom were men, were aged between 26 and 98 years, with an average age of 67, the Centre for Covid-19 Situation Administration said in its afternoon briefing on Saturday.

Forty-four of those who died had hypertension, 38 had diabetes and 21 had high cholesterol. Twenty-five caught the disease from family members and 25 others from colleagues and neighbours.

The 19 imported cases were from Ethiopia (1), the United Arab Emirates (3), Indonesia (1), Russia (1), Cambodia (1), Myanmar (12). They were a Cameroonian teacher, an Arab man, an Indonesia engineer, a Russian teacher, eight Myanmar nationals, and seven Thais. Five of the Thai returnees and seven of the Myanmar nationals had entered the country illegally or via natural border crossing.

Thanks to our Sponsors.